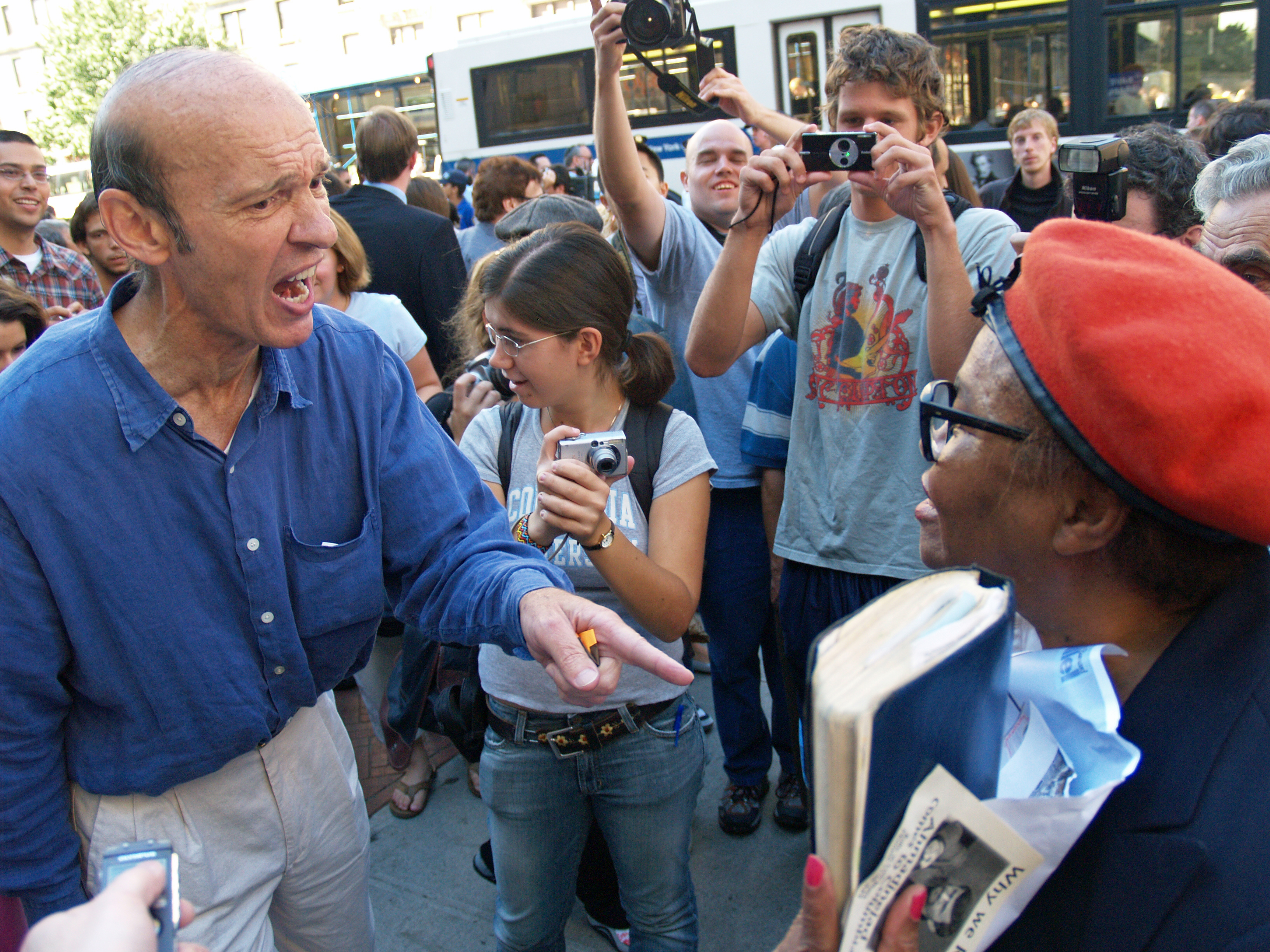 No matter where political philosophies reside on the left-right spectrum, we can all agree that we live in energetically charged political times. The rise of right wing reactionary political factions in Europe and America, reenergized and emergent left-wing factions in Latin America, Canada and Europe, growing desperate Islamic dissatisfaction in the Middle East and Africa as well as strengthening Authorentarianism in Asia, Africa the Middle East and the Americas has thrown the post-Cold War order into conflict and chaos. People are feeling strongly about their place in the world, which is reflected in stronger political leanings, leading to the erosion of bipartisanism and trust in members of other political parties.

Fueling this highly energetic and charged climate is a 24 hour news cycle that’s constantly breaking new and damaging stories through increasingly political news organizations. In the internet age where we can get instant information at the tip of our fingers, many netizens have used the perceived anonymity of the internet to vocalize their reactions to the days news and political thoughts in news-based and politically fueled chat rooms and discussion pages. Many of these users rely on the perception of anonymity to vocalize thoughts that they wouldn’t dare say interpersonally in public due to social and cultural constraints. The perception of anonymity frees netizens of this constraint, and creates echo-chambers and political vitriol conversations on their chosen online platform.

As a social experiment on political dialogue in cyber space, I created two accounts on disqus using throw-away temporary email addresses. For one I created a conservative persona, who we will call MAGA_Jeff (I’ve changed the names for this article), and for the other I created liberal persona who we shall name ACTION_Jack. Over the past month, I used these personas to gauge reactions and responses in different politically leaning chatrooms and comment sections to the same political headlines in order to gauge how willing netizens were to compromise universally held values in order to score political points. Being an American, I stuck to American news sources, and defined universally held values as those enshrined in the United States Constitution, including amendments like the Bill of Rights.

MAGA_Jeff was active on the comment sections of Breitbart News and Fox News, as well as on the Politically Incorrect subreddit and the similarly named 4chan board. Meanwhile, ACTION_Jack was active on the comments sections of MSNBC, RawStory and Daily Kos, as well as on the Progressive subreddit and the LiberalForum chat room. Below I have detailed my observations and interpretations.

Users on both the liberal and conservative sites are firmly entrenched in their views on issues and debates. When presented with information that confirms their position, they run with it and are quick to like or upvote that information. Conversely, when presented with information that counters or dispels their position, they quickly reject that information regardless of it’s veracity. In fact, when presented with countering information, both sides quickly turn hostile, with name calling, threats, insults and reports to site moderators of inappropriate posts. An example of this is Oakland Mayor Libby Schiif announcing ICE raids in Oakland before they were carried out. On Breitbart, I replied to a commentator who said “By helping criminals break the law, she’s violating her Christian duty to protect her community’s security and should be arrested as an accessory to immigration crimes”. I replied to this commentator with the observation that ‘Libby Schiif is Jewish and works in a government which operates under secular law, not religious law’. The commentator replied by calling both her and myself anti-Semitic slurs (words starting with a K), and then said all Jews should be deported to Israel because violating the Christian God’s law is treason. Clearly, the perceived anonymity of the internet allowed this commentator to jump to volatile conclusions when presented with a fact that countered their views. This uncompromising rigidity is part of the reason why bipartisanship has been diminished in the current political climate.

Commentators on both liberal and conservative sites expressed an inconsistent willingness to suspend or ignore constitutional rights for politically opposed persons if it achieved the commentators political aims in line with their views. On a RawStory article covering the high school shooting in Parkland, Florida, I counted 23 comments in a span of 50 comments insisting that gun ownership be completely banned despite the second amendment right to own and bear arms. Similarly, on a FoxNews article about the arrests of 3 Christian nationalists in the bombing of a mosque in Bloomington, Minnesota, there were multiple comments advocating a complete ban on non-Christians and non-Christian places of worship despite the first amendment rights to freedom of religion and freedom of peaceful assembly. Interestingly enough, on both sites, similar articles drew different results when the tables were turned. A different RawStory article about a gun-store in Arkansas banning customers of non-White, or non-Christian background from entering the premises or purchasing guns drew passionate defenses of the second ammendment, two of which were from the same commentators who argued against the second amendment in the Parkland Shooting article. Meanwhile, an article on FoxNews about a church in Missouri being denied building permits for an annex extension and playground drew passionate first amendment defenses from commentators, several of which were opposed to the very same tenants of the first amendment in the Bloomington Bombing article.

All the sites I visited have one common theme. They serve as an echo chamber for commentators to bounce and confirm their world views. By reinforcing political stereotypes, opinions and positions, these sites provide a source of confirmation of ones own identity and rejection of the other. In essence, the comments and chats create a perception bubble, inflating the user’s confidence and reenforcing their views with masses of like minded individuals, while preventing countering opinions and meaningful debate by ostracizing and outing those of differing views. Consequently, commentators congregate to sites who align with their opinions while castigating sites that host alternative views, creating a mirage of correctness through strength of numbers, and emboldening those tempted to act with the assumption that their opinions are right and justly popular. By creating these bubbles and echo chambers, interactions with alternative views are minimized, and debate or compromise is discourage through lack of exposure.

The scariest observation I have made during this experiment is the amount of blatant hostility both liberals and conservatives hold towards those in opposing camps. While conservative sites have commentators who are more open and direct about their contempt, liberals are not immune, but do often hide behind code words and condescending righteousness. On 4chan and Reddit I saw conservative users reacting to the debate about illegal immigration use many different terms with negative connotations towards Latinos, people of color, Muslims, Jews and Hindus (and liberals, with terms such as ‘libtard’ and ‘leftist’ being particularly vitriolic and proficient), while the most common negative connotations on liberal forums were anti-Semitic tropes associated with the Israel-Palestine conflict (and specifically news regarding Donald Trump’s recognition of Jerusalem as Israel’s capital). Most of the vitrol spewed on both sides were strongest when associated with debates on race, religion and ethnicity, which lends credence to the public theme of increasing tribalism. Calls for acts of violence against opposing groups were common in both liberal and conservative sites, with frightening frequency, and justifications were surprisingly common. All-in-all, the blatant hostility on display is evidence that society has been ridiculously polarized, and the deeds of that polarization play out in the form of degenerate fantasies of violent pain and massacre in chatrooms and commentaries, with sickening thoughts freely communicated and supported. Unforunately, the echo chamber effect has emboldened the purveyors of these fantasies to act out, and more and more frequently, these fantasies are escaping the realm of virtual communication and entering the real world (see Parkland shooting, Austin package bombings, Congressional Baseball Game shootings, Las Vegas shootings, Orlando Nightclub shooting, Charleston Church shooting, etc.)

While the current state of societal affairs played out on the internet are pessimistic and scary, current trends are reversible. Firstly, by insulating themselves in the security of echo chamber bubbles, regular netizens are ignorant of what the other side actually views and why they hold the positions they do. By setting up civil and structuted interactions between opposing camps, we can educate each other on the needs and issues facing those on the other end of the political spectrum, and in doing so, we can develop an understanding which can lead to common-ground solutions and compromises. Furthermore, a descent into tribalism can be combatted with encouragement of national unity. By finding institutions we all can agree to support, unity can be encouraged and civic pride restored. Weather it’s a new and upgraded infrastructure project, national sporting projects, common sets of principles or some other symbol of nation, by working to unite everyone as one big family behind these symbols of nation instead of descending into a bunch of smaller competing tribalistic families, we can restore civility and good neighborliness amongst ourselves and see it’s reflection in cyberspace.